In my case, my body seemed to simply react to the mistreatment I unknowingly bestowed on it. Over 20 years ago, when I healed my RA, I came to the understanding that it wasn’t my body that attacked me – I overloaded my body and my immune system responded with inflammation in the affected regions. So it was not about being guilty of being sick, but about the way, I dealt with my body. And that way was open to change.

The conviction of rheumatoid arthritis as an autoimmune disease that leads the body to attack itself because it hates itself is pretty widespread. And so, it’s often deduced that RA isn’t curable. Especially not by the person concerned, for:

“If not even physicians (as the gods in white) can provide a solution, then, how should I (a simple mortal) know what to do?”

Those who are more likely to achieve this something – in this case, the effective strategy to help the patient affected by rheumatoid arthritis – are, due to their extensive knowledge, usually considered to be the physicians: “The doctor, of course!”

Self-related beliefs play an essential role in how the affected person will deal with their rheumatoid arthritis.

A negative self-related belief could then look like this: “My body is beyond my control. I don’t want to be ill, and my body attacks itself. Are biochemical processes in my body responsible for this or my hereditary factors? I am help- and powerless in terms of biochemical processes and genetics. That’s why I can’t work on the underlying cause. So, healing myself isn’t possible.”

Such propositions most likely act as self-fulfilling prophecies²: the result will correspond to and confirm the inner conviction. And with an autoimmune disease, the unstated implication is clear: “I am continuously hurting myself! “, and transports the conviction of guilt. The confidence in one’s own body and self-efficacy is shaken. And, of course, that doesn’t help with raising the motivation to search for the actual causes and solutions.

Thus the affected person becomes emotionally addicted to conventional medicine. As such, he is willing to let drugs suppress symptoms and, due to this suppression of symptoms, get even more damaged by the side effects of aggressive chemistry that can’t bring about even a chance of healing.

How can one heal anyway if RA is an “autoimmune disease” or “genetically conditioned” or “biochemical processes” that “can’t be ended” are “destroying one’s joints”?

This way, medical terms become meaningless phrases. They sound like empty formulas or come as incomplete knowledge, and the patient regards them as a dead point of their influence and insight. This hinders understanding, motivation, and actions and makes it challenging to work on self-healing efforts.

Petermann et al. describe this obstructive use of phrases. “The use […] can also be assumed in explanations such as “that’s genetic,” “that’s psychosomatic “, or” it works electrically.” A proven antidote is the question, “Yes, fine, but how exactly?”³

From the diagnosis, I got no help against my pain and movement restrictions. The tone of impossibility hindered my search and limited my possibilities exactly to the much-desired recovery. Neither my doctor nor the people in my environment thought of healing as possible. But I didn’t want to resign myself to the disease; I refused to get on with it, I didn’t want to learn to accept it as part of me, for it wasn’t, I didn’t want to stay a client.

My approach was first formed in my reflections: “The student is closest to the pure theory,” I read. It immediately dawned on me because the student, growing, is directly in the process of being and becoming. In this sense, so I took rheumatoid arthritis as a challenge to master on my way.

The person concerned with RA is the one who has to suffer the most, who is most associated with it. To me, there is no bigger physical and mental closeness than that of being directly affected.

Therefore, the one affected is always the one who can develop the highest motivation to be more enduring and relentless than anyone else in fighting for their health. It is an – or at least should be – innermost interest.

So that meant the first one up to do something was me! Healing is my very own interest! And over time, I became my coach!⁴ So I formulated my more-and-less-sentence: “If it doesn’t cause the one whom it concerns to immediately and existentially to mobilize all possible powers (including the further development and further learning), then how should it cause the one less concerned (indirectly due to professional or/and other interests) to take any action at all?”

From then on, I stood up for my goals more effectively than others could have ever done for me.

As very useful for healing, fundamental questions that I kept persistently asking myself turned out to be: “How? And when? And where?” With their help, I’ve found the answers and insights from which HeilÜben exercises descend.

It is time to heal.

Laureen and the HeilÜben team 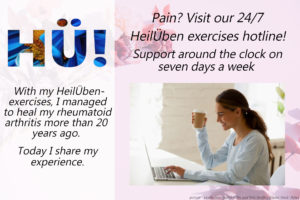 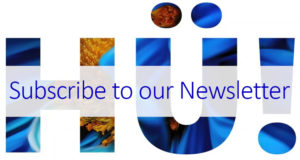 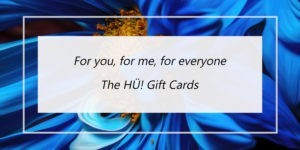 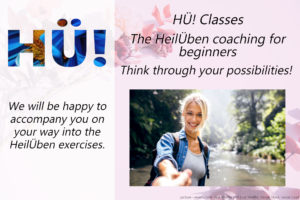 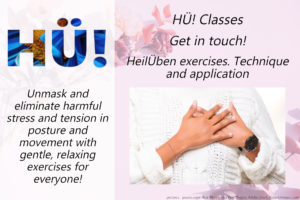 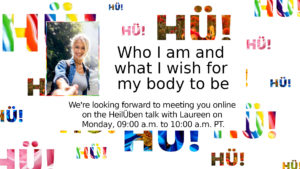